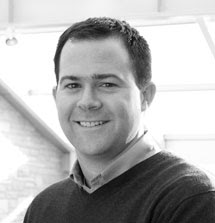 Here's the second part of my interview with David McGlynn, author of the excellent story collection The End of The Straight and Narrow.

Joseph: Did you write stories around certain themes? Or was discovering your themes part of the process?

McGlynn: Discovering my themes is always part of the process, but when working on a book of stories, themes tend to drift across the synapses between one story and another. I didn’t, for example, set out to write anything about faith in the long story, “Seventeen One-Hundredths of a Second.” I simply set out to write about a man who dies swimming and leaves behind a pregnant wife. I had a close friend die of a heart attack while swimming, and at the time he and his wife were trying to get pregnant. I was sad and confused and wanted to write about it. Once I got thinking about Jonah, the drowned man’s closest friend, I felt I needed something more to his character than just “best friend.” The story felt a little too much like Ghost otherwise. I’d been thinking and tussling over religion in my other stories, and the themes just seemed to worry their way into this story, too. Jonah emerged as an evangelical with a serious hang-up about sex, and a serious attraction to his dead friend’s widow.

Another example: During the writing of the stories, I was also reading things like Jeanette Winterson’s Oranges Are Not The Only Fruit, Walker Percy’s The Moviegoer, Stanley Elkin’s The Living End, Jim Crace’s Quarantine, all the Andre Dubus I could find, as well as a number of philosophers—Feuerbach, Kierkegaard, Nietzsche, Durkheim, William James, and so on. I was excited by the work, by the ideas they contained, and I couldn’t get enough. When I was working on “Testimony,” one of the last stories in the book, I came to a point in which I understood that Lee, the story’s central character, felt overwhelmed with remorse about his infidelity. I thought: what would this guy do to show his wife he’s sorry? Loaded with all these big religious ideas, it didn’t take me long for me to envision Lee undergoing a religious conversion as a response to his guilt. So, it might seem a little backward, but despite my incessant obsession with religion, I had to discover religion, as a theme, in each story in which it appears. Along the way, a number of other themes found their way in, too—divorce, sex, blindness, youth, swimming—all of which are important to me, and all of which feed the stories. I like to believe my stories are “full” for precisely this reason: I don’t know what I’m doing with a given story until I’m almost finished, and by that time there are so many things at work in the story that it can’t be reduced to any one issue or topic.

Joseph: What literary tradition do you see your work fitting into?

McGlynn: I’m not sure which literary tradition I’m a part of. It’s fair to say I’m a realist, though every now and then I’ll drizzle in a little magical realism. I wouldn’t call myself a postmodernist, at least not in the sense of Don DeLillo or Tim O’Brien or Thomas Pynchon, but I’ve been influenced by all three. Perhaps one way to situate myself is by the writers I read. I do my best to read as widely as possible; I love discovering new books by authors I’ve never read before. The more I read, the more I learn about how to write, and I try to incorporate those lessons, large and small, into my own work. Nevertheless, there are a few writers I study harder than others, writers who have been my guides through the long, dark valley of trying to understand my own material. First and foremost is Andre Dubus. More than any other writer, I look to him for guidance. He’s the most spiritually and linguistically intense writer I have ever read, and he can write a paragraph that simply thunders with truth and beauty. I look up from his work gasping for breath, and if someone were to ask me which writer I most wanted to resemble, I would say Dubus. He’s not my only one, though. I love Flannery O’Connor and Marilynne Robinson, for the same reasons I love Dubus, and I also spend a lot of time reading Ron Carlson. Since I went to graduate school in Salt Lake City, where Carlson is from and visits fairly often, I got to know him a little. He’s one of the best living story writers in America—when he writes long, no one compares. His long stories, such as “Blazo,” “Plan B for the Middle Class,” and “Oxygen” have helped me to find the courage to write my own long stories. I also love his work because he writes about the West, where I’m from. The West, at least as it’s depicted in his shorter fiction, most closely resembles the West I lived in: burgeoning Sun Belt cities, suburban sprawl, traffic jams, supermarkets, and backyard swimming pools.